written by Carl Evans
created and edited by Gian Ruggeri

There are two parts of this scene; the battlefield and the pit.

The battlefield is a green field in a dark forest, with the faintest grey wisps of mountain behind it. The sky darkens at the top of the screen, revealing stars. The pit has smooth grey stones with bizarre swirls carved into its edges, like old cave paintings. The juxtaposition of the dark pit below and a darkening sky above gives the viewer the feeling that this battle is merely a level in a stack of battles, raged across multiples planes.

The camera pans up from darkness towards light. Narrator, deep in thought: “Why do we fear the dark?”

A gleaming sword flashes by the camera, the Slayer Sword.

The camera rises further into the light. Narrator, pleased with themselves: “It’s not the dark itself.”

A fallen warrior of undetermined allegiance falls past the camera, spiraling down dead.

The camera fills with light, and the sounds of shouting and swinging swords. The sky above the light battlefield dims a bit, and small stars are flecked along this ‘ceiling’. Narrator, chuckling to themselves: “What we fear is often within ourselves.”

A green field with a dark forest behind it is the spot of a battle. The darkness is found to be a pit on the side of the battlefield that now has two figures alongside it. Dozens of figures dash and fight in the background. Narrator, accusatory: “And that is how it all started.”

The camera zooms into the pair of fighters in the center of the fighting.

They are revealed to be Indigosion on the left, and Helthrawna on the right.

They circle each other over the bodies of three slain Declypse soldiers. Indigosion holds a spear, and is grinning ear to ear while Helthrawna has a sword and sheild, their mouth puckered and eyes squinting.

Helthrawna charges sheild up, trying to knock down Indigosion. Indigosion steps aside and gets ready to stab at their back, only to look up and see Helthrawna twisting in the air, just above the spear. Narrator, quickening into a forceful rythem: “…we grew apart.”

Indignosion falls back with a broken spear, landing near the edge of the pit.

Helthrawna stands over Indignosion with the sword, casting away the shield. With both hands, they raise their sword over their head and prepare to execute Indignosion.

Helthrawna shrugs, lets go of the sword, and slams their body into Indignosion.

Narrator, sighing: “We were alike once, close as thieves.”

The two pitch back into the pit, arms locked, and the camera pans back down after them into the darkness.

Narrator, sighing: “But nothing lasts if we fear everything.”

A red tainted landscape of rocky dunes with sparse brush, with a background of jagged mountains in the background. The course sand and sharp rocks create wisps of ruby smoke that drift in the wind, making a glimmering, dark haze. The feeling should be one of isolation, as the mist clouds all details beyond a few hundred feet in a red haze. An obviously alien world.

The darkness recedes as light comes from below the camera, which pans down onto a red tinted wasteland with large dark mountains. The camera focuses on a sword blade first in a jagged boulder in the foreground, the Slayer Sword, then refocuses on Indigosion and Helthrawna getting up in the background, facing each other. Indignosion is on the left, Helthrawna is on the right. Narrator, reminiscing sarcasticly: “The Drenel: they never worried about much beyond their own skin, which they protect more than their own lives.”

Indigosion laughs and shakes her head shaking off her injuries, and slowly begins to stand. Helthrawna, across and to the right of her seem shaken and weary looks away to the mountains, still crouching yet out of breath.

Narrator, pondering: “And the Declypse, so strong that they have lived past their decaying shells.”

Indigosion turns to Helthrawna, gloating. Helthrawna, is slow in getting up, still scanning the new landscape around them. Narrator, coldly stating: “Both were alike…”

Helthrawna and Indigosion both gaze upon the Slayer Sword, and all you can hear is their breaths between them.

Helthrawna and Indigosion both begin to cover the distance running for the sword.

Narrator, focus on ‘before’: “…before the Sword…”

The camera refocuses on the sword while the two warriors run towards it.

Helthrawna and Indigosion extend and reach for the Slayer Sword entrenched in the jagged boulder in the mountain.

The sword cracks and splits right down the center with a blast of energy, releasing the Ghost stories. The spirits of Seeker/Victim /Snatch/Burn allegiances carry the Ghost Souls: FANG Aggressive / MAIDEN Obsessive / SPYDER Seduction / THORN Attention streaking into the sky creating a tear in the fabric of space and time. The blast flings both fighters to the ground. The screen goes black. 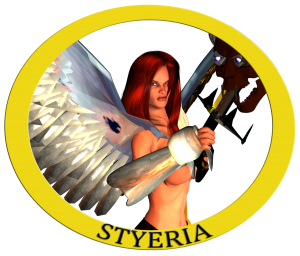 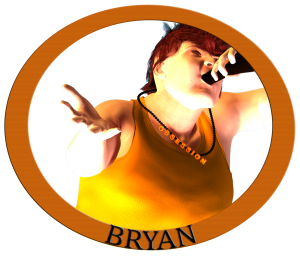 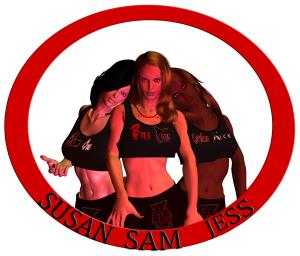 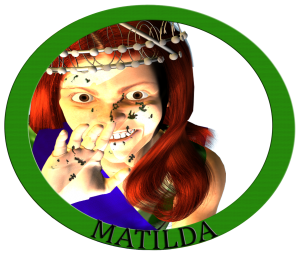 
MEMBER / PLAYER THEN CHOOSES their Group To Join: That will represent the Value of the RSKIN. Points they will be receiving in the Current Playing Season

more story to be revealed